Skip to content
NO INSURANCE? NO PROBLEM. JOIN TODAY AND SAVE 35%

Understanding the Causes of Receding Gums 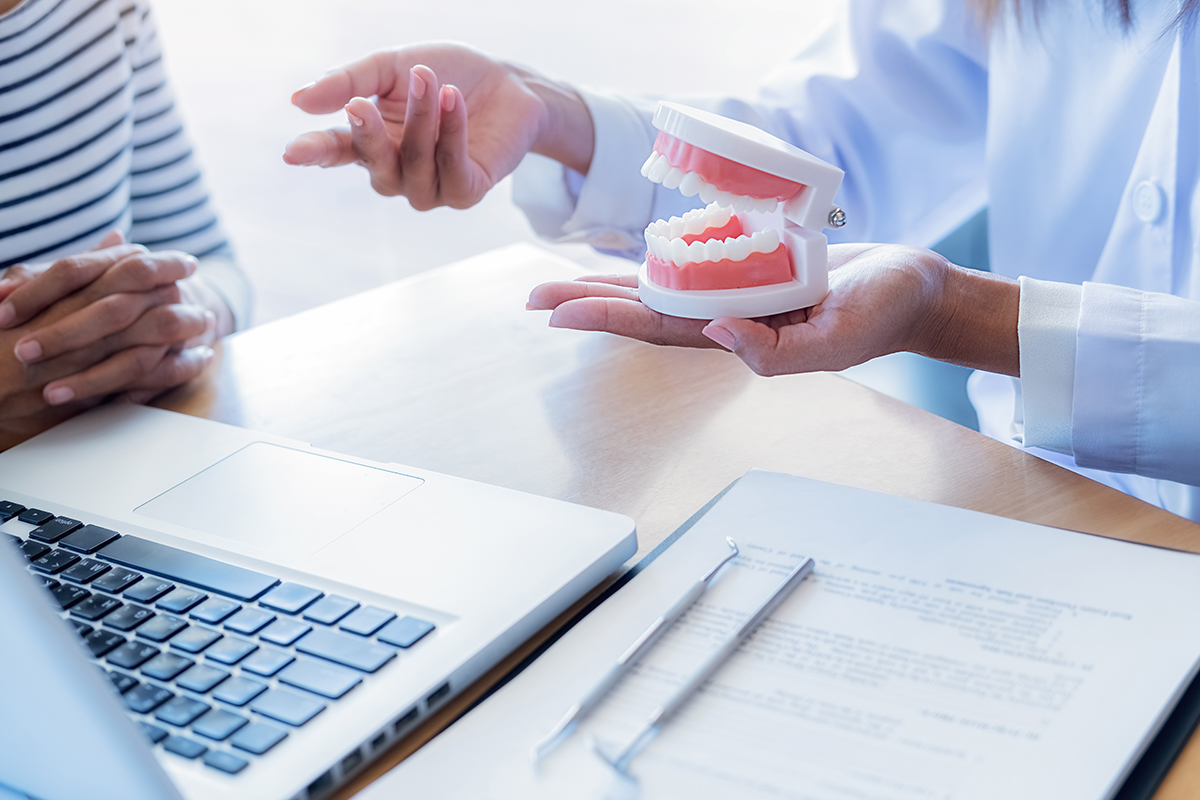 When a small portion of your gums pull back or wears away, that is an indication that your gums are receding. Receding gums cause more of your tooth or its root to be exposed. As a person’s gums recede, that causes gaps or pockets to form between the gum line and teeth. That is where disease-causing bacteria often builds up. If you notice this happening, it might lead you to wonder about the causes of receding gums.

Identifying the Causes of Receding Gums

There are several causes of receding gums, most of which are preventable. Once you can identify these causes, you are well on your way to successful treatment. Here are several examples:

When you understand the causes of receding gums, that is the first step to identifying the risk factors. For example, age is a contributing factor regarding gum recession. We learn from the National Library of Medicine that up to eighty-eight percent of people ages sixty-five and older have problems with receding gums for one or more teeth.

Risk factors also include genetics. For example, thin or weak gums might run in your family. If that’s the case, the American Dental Association reveals that family members pass these characteristics due to their gene pool.

Are you a smoker? If so, tobacco use also increases gum receding risk factors.

One of the leading contributing risk factors for receding gums is poor dental health and hygiene. That is why it is critical for dental patients to go in for routine dental cleanings and, if dental issues arise, address them immediately. That way, you are preventing bacterial growth, plaque and tartar build-up, and tooth decay.

Preventing receding gums starts with good oral hygiene. Make sure that you’re brushing and flossing your teeth daily and, at least twice annually, visit your dentist. If your dentist notices your gums are receding, they may recommend visiting more often.

Be sure you’re always using a soft toothbrush and, if you’re unsure, ask your dentist or hygienist the proper way to brush. Other ways of preventing receding gums include:

Speak to a Dentist or Hygienist from Lovett Dental Sharpstown Today

No one likes the idea of having an unhealthy mouth, including the causes of receding gums. If you notice that you’re having issues or believe risk factors could be contributing to receding gums, then now is the time to reach out for help. Contact Lovett Dental Sharpstown at 281-975-5560 to learn more about the treatment and prevention options available to you.